“If people knew how hard I worked to get my mastery, it wouldn’t seem so wonderful at all.”–Michelangelo di Lodovico Buonarroti Simoni, 1475-1564
I love the fact that the terminology used in music is some of the same terminology used in art: harmony, unity, discord, repetition, scale, and composition. This is not by accident. There are correlations, not just in the terminology but the principles that some terms refer to. Repetition, for instance, in art as in music, is thought of as a principle. A principle, used to create unity by the repetition of individual elements (notes) in a painting. Unity being the objective of composition, i.e. the idea of creating gestalt, of making out of many one. But repetition is also how we learn a great deal of things—watching things twice, reading things over, practicing a piece of music. When you sit down for the first time with a piece of music, you work your way through it. No matter how good a musician you are, how well you read music, very few of us play the piece perfectly the first time through. It takes the second and third look, the practice, the memorization, before we perform the piece. There are practitioners of music who insist that you memorize the music in order to really know the work. 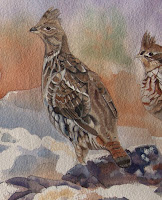 The same thing can hold true for those who paint the world around them. You really don’t see what’s in front of you until you draw it. You see the object obviously, but you really don’t see the individual object. Drawing brings out not just details, but actual things that you don’t notice until you look at it differently. So it isn’t the first time through, which is truly a gesture, an armature, a “rough” or an outline. It isn’t always the second, although things do get clearer, but it can be the third time through. People always, including myself, are impatient with drawing. They want to get to the performance, the painting, quickly—not the research or the study. We want to know right away. We want to start the painting, without really knowing what we are looking at.


Good realism takes more than one look. The tree is this tree, the leaf this leaf, the person, this person. Unless we are simply interested in our first impression of the scene, not the individual—and there are times we are—we have to take the time to learn it. Realism is not about improvisation. 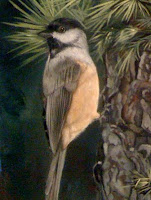 You don’t see many studies anymore. Even Cezanne, who looked and looked and saw and saw didn’t do studies. Studies, or études, were thought, at one time, to be essential to getting at the truth, so to speak. Michelangelo drew study after study until he knew the form, until he memorized the form. He practiced and practiced. His work was never an improvisation or an impression. Without question his innate talent was gigantic, but he didn’t wing it. He worked at what he did.
Mistakenly, there are those who think that drawing realistically is simply copying. Copying the world, copying a photo of the world. Drawing realistically is not copying. To say that implies that there is no learning, no editing. If it’s so easy then why is it that so few can do it well? When you draw a leaf, a tree, a bird, a forest, you never forget it. The object you draw is not something you know. It is something you learn while doing. It’s equal to learning what something is called. Drawing is the visual equivalent of naming.
Posted by Theodora T. Tilton at 6:50 PM