The Element of Time

One of the first things one discovers while painting outdoors is how fleeting light is. The solid forms don't change very much, but the light certainly does. I spoke to one artist who said that he only allows 45 minutes per day to paint and returns as often as is needed until the work is complete. Monet would rise before dawn, paint the first canvas for half an hour, then switch to the second canvas and so on. He would come back the next day, providing the weather was the same. I heard my students say they desperately wanted to take a picture, not for composition but to work from, in order to catch the light. But I'm not convinced that capturing one moment of time is the point of plein aire painting in this millennium or that is was the objective at the beginning of the art movement. In fact, I would argue that the reason to paint out-of-doors is actually the opposite. Art need not be about a specific instant but a moment in time. Unlike the Impressionists, it should separate itself from the camera by being over time, a contemplation, insight and thought. Plein aire is a way of thinking and of abstracting. It is about a state of mind. 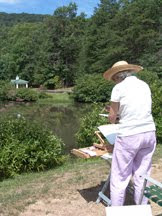 This need to capture one instant in time, for the representational painter, is directly related to the invention of photography and photography's ability to capture single moments. When the plein aire movement started, this was not the case. What actually fueled the plein aire movement was the rise of landscape art and its acceptance and salability. John Ruskin said that landscape painting was the "chief artistic creation of the nineteenth century" and "the dominant art". In direct reaction to the Industrial Revolution among other things, nature had gained a value "akin" to religion that it previously didn't have. And artists were observing nature directly while they painted as opposed to working from their field sketches. While the landscape had appeared in earlier schools, it was still several notches below historical landscapes, portraits and religious works—until now.

The biggest factor was not, as many people think, the invention of tube paints in 1841. John Constable began his plein aire campaign in 1814, determined "to finish a small painting on the spot". Samuel Palmer and the Pre-Raphaelites were painting outdoors using watercolors, gouache and oil in the 1820s, and, of course, Thomas Cole of the Hudson River School was painting as early as 1825. All without the use or need of tube paints. No, the biggest rational was what nature or the concept of nature had become to the society and culture that these artists were living in.

Primary among the shared principles of Hudson River School artists was belief in natural religion or, in short, the idea that celebrating and closely observing nature were spiritual acts akin to prayer, through which an individual could both acknowledge and commune with the power of a creator. (Judith Hansen O'Toole)

There is yet another motive for referring you to the study of Nature early—its influence on the mind and heart. The external appearance of this our dwelling place, apart from its wondrous structure and functions that minister to our well-being, is fraught with lessons of high and holy meaning only surpassed by the light of Revelation. It is impossible to contemplate with right-minded, reverent feeling, its inexpressible beauty and grandeur, for ever assuming now forms of impressiveness under the varying phases of cloud and sunshine, time and season, without arriving at the conviction "That all which we behold is full of blessings-that the Great Designer of these glorious pictures has placed them before us as types of the Divine attributes, and we insensibly, as it were, in our daily contemplations, "To the beautiful order of His works learn to conform the order of our lives." (Asher B Durand, Letter II) 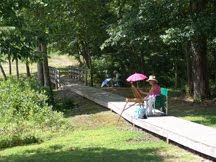 The majority of artists working en plein aire were not concerned, at this point in time, with one 30-minute moment in time. Their concerns were capturing a state of mind, of studying nature in order to learn from her, seeking meaning and communing with the power of the work of the Creator. They believed the diligent perusal of, and lens like fidelity to nature "in the raw" was a path to spiritual insight. This was not a movement interested in optical effects but in seeking truth through observation and contemplation.

The Impressionists, however, did become interested in a moment in time. They became interested in color at the expense of form. Of how we see color and how color changes with light and how fleeting color is. It was precisely because photography could capture a single moment that forced Impressionists to rethink what and how they were painting. If a photograph could capture form, what were they doing? They were focusing on what photography did not do at this point, make color. They left form to the machine. They competed with photography on capturing the light effects of color in that very specific moment of time. The artists before them did not. They focused on abstracting from nature, the artist before them did not. They created work that no photograph could imitate. Because of this, many completed final paintings on site as opposed to painted sketches later painted from in the studio. 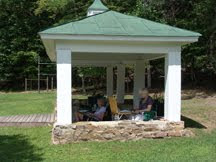 Interestingly, today's representational artists pick up painting with this thread. They try to capture a moment in time. Ironically, many of today's artists (and I include myself) will use photos as source material for their studio work. Today's cameras capture not a moment in time but a millisecond. Not a human biotical view, but a mechanical single optical view. Why use this as a standard of truth? In fact, a photograph in which so many people now assume as truth is not how we see, any more than Picasso saying we see all sides of an object at the same time—we contemplate our surroundings over time. We do not see in milliseconds.

The value of painting from life is not to imitate a camera. The value of painting out of doors today should go back before the Impressionist (pre-impressionism) and pick up the idea of being in nature as a value to itself. The needs and lessons of the environment are in some measure greater today than two hundred years ago. As artists, we should reflect what nature is telling use—not what the camera describes—and see what comes of it.

The object of painting a picture is not to make a picture. The picture, if a picture results, is a by-product and may be useful, valuable, interesting as a sign of what has past. The object, which is back of every true work of art, is the attainment of a state of being, a state of high functioning, a more than ordinary moment of existence. (Robert Henri)
Posted by Theodora T. Tilton at 4:01 PM